To collect model cars I began, while still a schoolboy, and saved the Breakfast money spent on the purchase of very expensive copies toy cars. The selection was small, and I collected everything there was to get. Somewhere towards the end of the school was purchased a few models from the Models of Yesteryear British company Matchbox. Among these models was a copy of Mercedes-Benz Typ SS 1928. Model by today's standards quite simple, rather reminiscent of the toy is preserved, passed through the vicissitudes of his parents moved to a new apartment while I was in the army, and took its place on the shelves, when it came time to decorate the exposition of my collection. It turns out that this model was the first model of my collection is Mercedes-Benz. 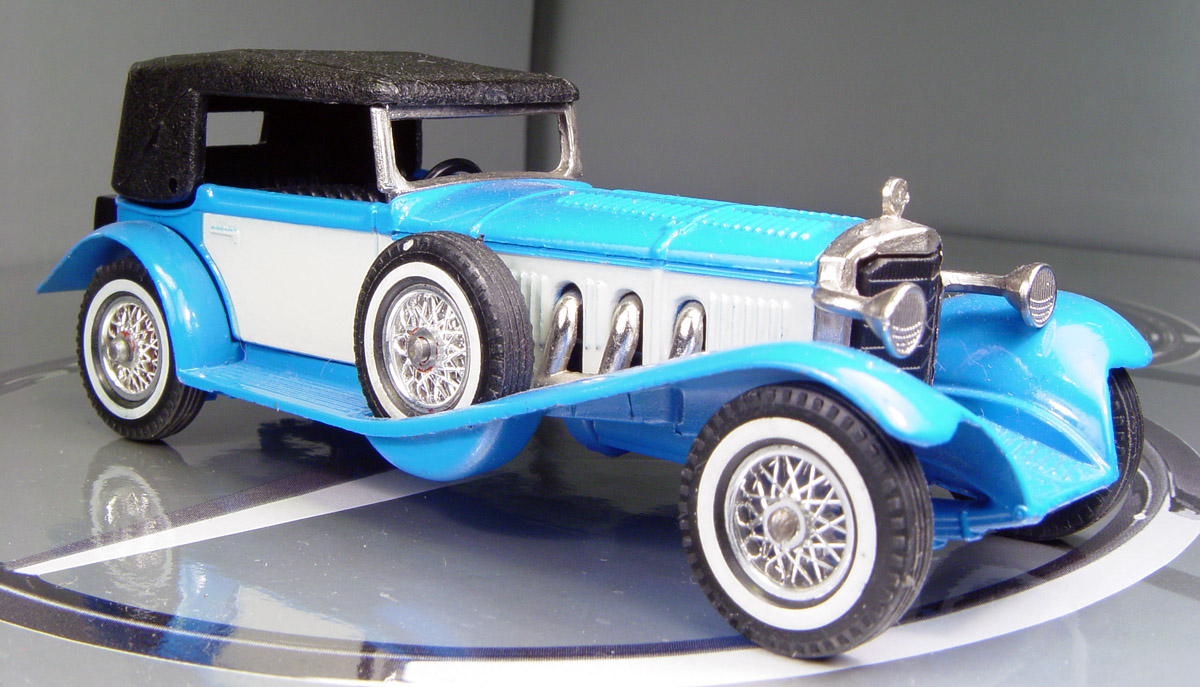 I decided on the theme of the collection? Since my childhood I was fascinated by a three-beam star in a silver circle. And she was in the car the color of coffee with milk, which is often parked in the yard of the house where I lived. The car looked even cooler than daddy's "Volga" and "Volga" in the days of my childhood was a prestigious car. And I had a dream, children's naive dream to have a car with such a beautiful star.

The time has passed. Came other times. The world has changed. There are many things that did not previously exist. Appeared money, which is all you could buy. And I realized his dream, buying a used Mercedes-Benz 200 W124 body. It was empty as a drum, mechanical box, but what was a thrill to watch on the incoming highway ribbon through the charm of my childhood.

The car had to be maintained, and I came to the service in Belyaevo, where, to his surprise, found a scattering of Mercedes-Benz models in the scale. Of course, I bought this stuff, and my childish fascination erupted with new force. Somewhere at ВДНХ (Exhibition of Achievements of National Economy in Moscow), I found a store that is associated with a variety of Hobbies, and there were also models of Mercedes-Benz, released by Minichamps. And I also bought, and at all scales that were presented.

It so happened that the oligarch could not be, and real Mercedes-Benz did not become elements of collecting, but collecting car models is an important part of my life.

By the time our lives began quietly sneak in information technology, and with them the opportunity to shop around the world, I already had a small collection of Mercedes-Benz models and it looked so. 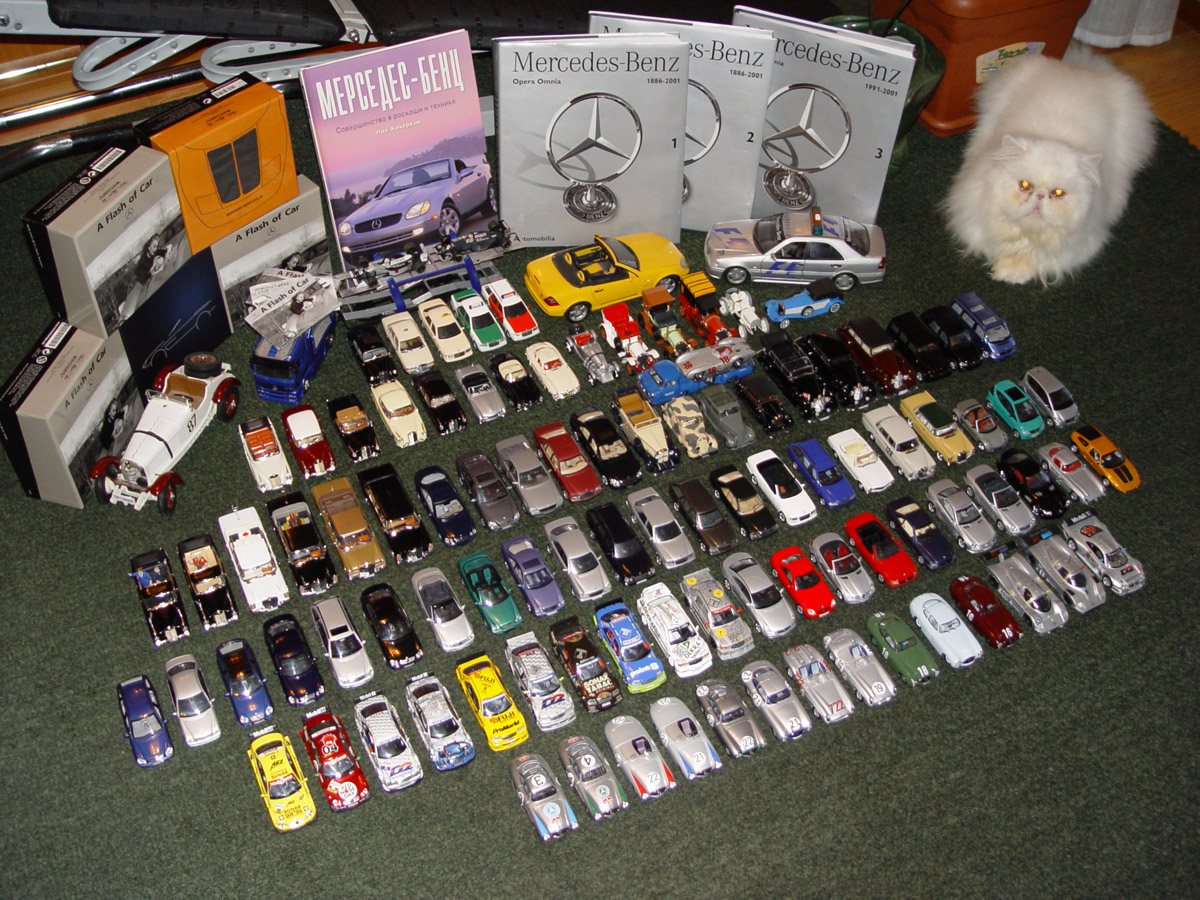 Further more. New ideas, new opportunities and now is the time to decide on a scale. I chose the scale of 1:43. Chose it due to ease of placement on the shelves, and the ratio of price-quality in those days was more than acceptable.

Over time, there is the opportunity to buy books about cars, Mercedes-Benz and I was interested in the history of the formation of the Brand. Engineers, designers and technicians of Mercedes-Benz have always been at the forefront of technological progress. Mercedes-Benz was and remains a pioneer in many areas of development of the automotive industry and fashion, a pioneer of innovation. Equally exciting story of the great victories and tragedies of Mercedes-Benz sports and racing lines, and the biography of the great racers who drove silver cars, full of sharp twists of fate, and the sweet taste of victory. With the brand «Mercedes» intersect the biographies of many celebrities from the worlds of art, politics and religion. The powerful of this world often chosen and selected Mercedes-Benz their cars.

Once a children's hobby, through the years, has become one of the bright parts of life. Reading books about Mercedes-Benz, holding one model or the other, as if in contact with the part of the World that fit on the shelves of the usual city apartment. And through this part and you get a glimmer of his Brilliance and Glory. And the gray days go by the wayside. 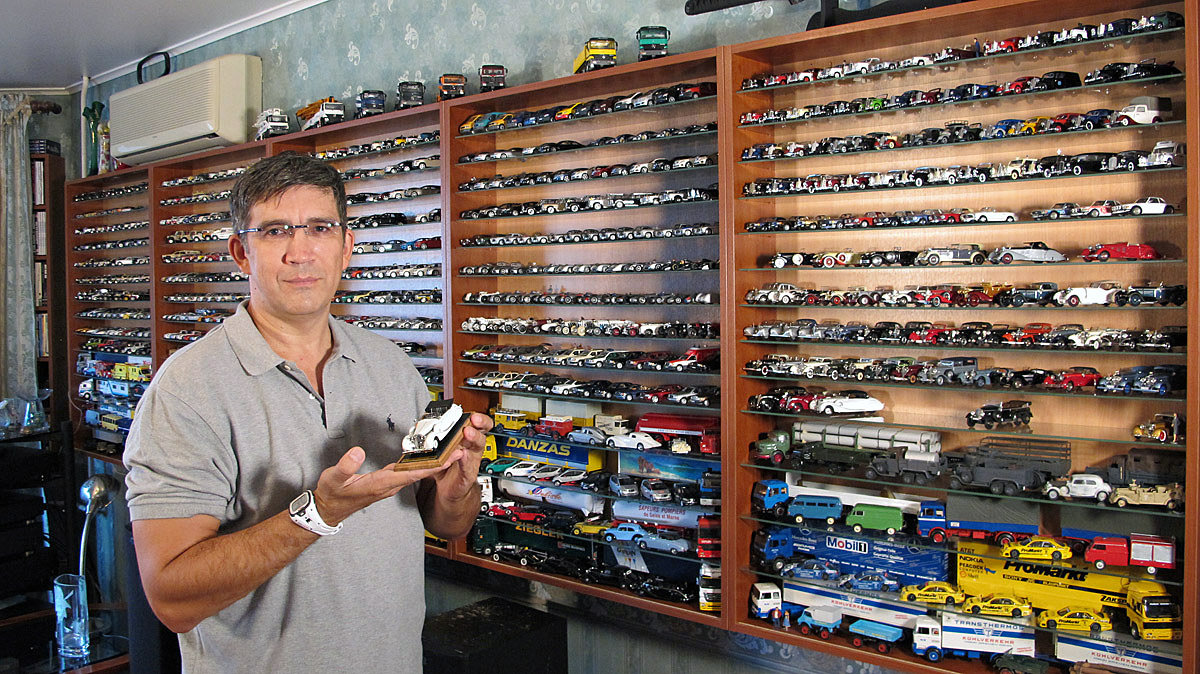